Getting Started as a Contributor

There are a lot of guides on the Internet that will show different aspects of what is described here, but this article will focus on a simple way to get started using the workflow we use for DSC modules and DSC resources within the DSC Community.

After you read through this guide, then please continue with the guide Contributor.

Although enabling 2-factor authentication on your GitHub account is not required to contribute, it is recommended.

Although there are many PowerShell editors available and everyone has their own preference, most of the processes described here assume the use of Visual Studio Code. Using Visual Studio Code when working on DSC Resource modules has added benefits such as being able to detect and highlight some style guideline violations.

The installation is straightforward using a wizard type of installation. Normally all defaults values suggested by the wizard can be used.

It is possible to install using Chocolatey.

To be able to write PowerShell code in Visual Studio Code the extension need to be installed.

This step is only relevant if Visual Studio Code was installed in the previous step.

Download and install Git for Windows from the official site git-scm.com.

The installation is straightforward using a wizard type of installation. Normally all defaults values suggested by the wizard can be used unless your environment need something special. There is one exception and that is that it might suit you better to use Visual Studio Code as the default editor for Git instead of Vim. 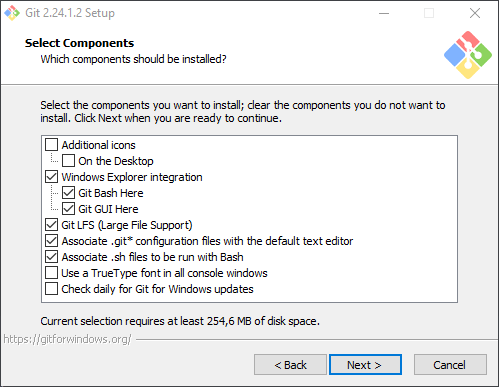 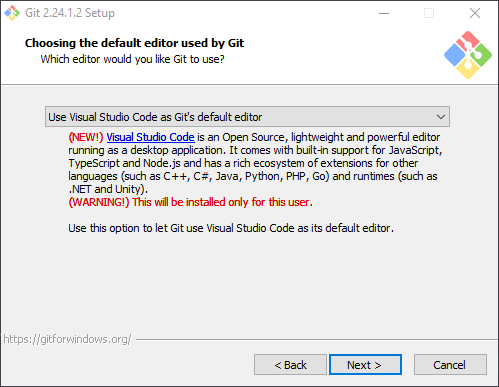 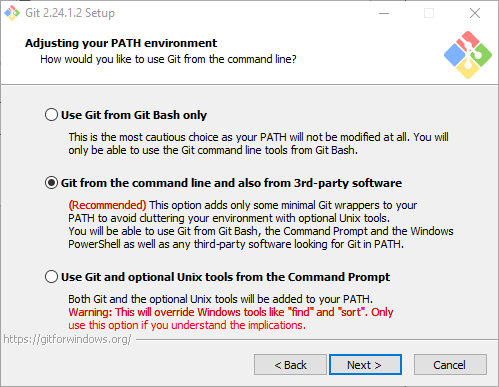 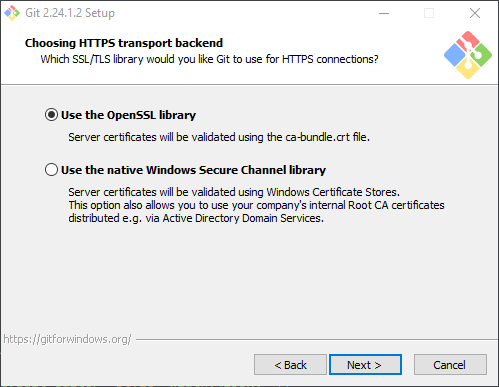 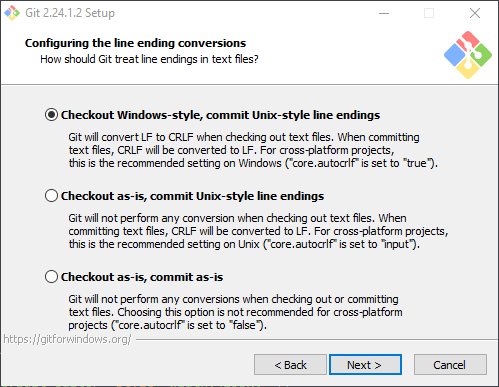 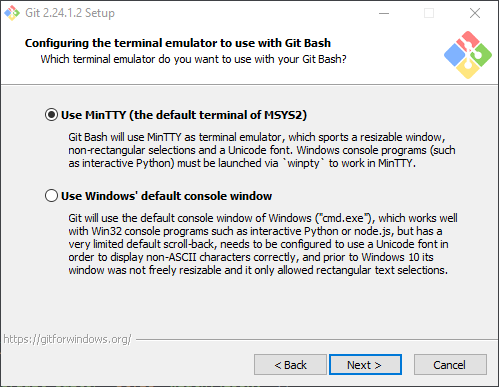 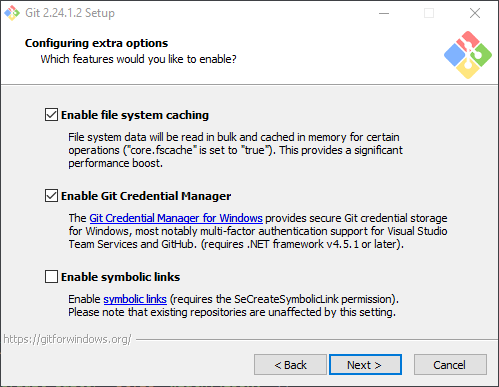 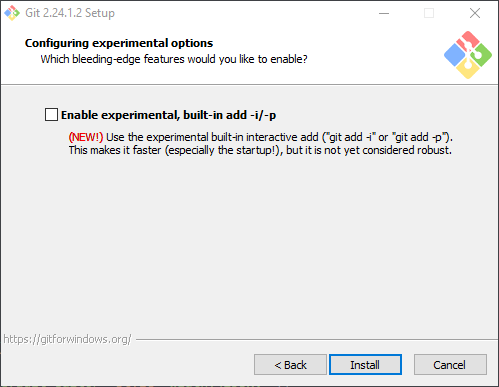 After the installation you can run this in PowerShell and it should return the version of git if it was installed correctly.

Git for Windows installed a credential manager that will help you connect using your GitHub credentials. It will popup the first time your credentials are needed, for example when pushing to a repository on GitHub.

It is possible to install using Chocolatey.

Now you need to setup your name and e-mail in the global settings. This is used when you commit and push changes to a repository.

We also need set how line endings should be treated.

This is optional but helps with tab completion and better visualization of what branch you are working on when using PowerShell.

Run this in PowerShell.

Then to make sure the module is loaded each time you start PowerShell, add the import of the module to your PowerShell profile script.

In the file that opened up in Visual Studio Code, add the following and save the file.

The application GitVersion is used to automatically increase the version in the build pipeline. It is optional, if it is not installed the build version will always show as 0.0.1 when running the build locally, but it is still possible to contribute without this installed.

You need install Chocolatey first if you do not have it installed already.

When you have Chocolatey installed you install GitVersion using the following:

NOTE: You must be an elevated administrator to run choco install.

You install GitVersion using the following:

NOTE: You need install Homebrew first if you do not have it installed already.

You install GitVersion using the following:

NOTE: You need install Homebrew first, if you do not have it installed already.

If you don’t have or don’t want to use Homebrew, it is possible to install it from a release package directly.

NOTE: These steps have been verified in Ubuntu 16.04 and Ubuntu 20.04. In other distributions the folders and steps might vary.

If it returns Cannot find the .git directory then it has executed correctly. The first time it executes it can take a while.

For example to clone the repository for the module ComputerManagementDsc into the folder c:\source.

This will make git to create a new directory with corresponding name to the repository name (e.g. ComputerManagementDsc). This new folder is called the local repository.

To see that the repository was cloned correctly then run git status in the local repository folder.

Forking a repository on GitHub

To send changes from your local repository you first fork the upstream repository, because all changes must first be pushed to a working branch in your fork before sending in a pull request. To learn more about forks read the article Forking Projects.

To the right of the page you will find a button named Fork. Click that and GitHub will create a fork (repository) in your own GitHub account.

Adding the fork as a remote in the local repository

To be able to send changes (commit in a working branch) to a fork of an upstream repository you need to add a remote to the local repository.

To add a remote we use git remote add, a remote name, and the URL to the fork.

The remote name can be whatever we choose, but we assume you want to use my as the remote name for a remote pointing to your fork.

When GitHub creates a fork of an upstream repo it creates a repository in your GitHub account (means your are the owner of the fork). So the URL to the fork would be https://github.com/{yourGitHubAccountName}/{repositoryName}

So for example to add remote pointing to your fork of ComputerManagementDsc we run the following. Replace johlju with your actual GItHUb account name.

To verify that the remote was added correctly you can run the following.

Now you have two remote references:

Making changes and pushing them to the fork

To make changes you should always use another branch than master to add those changes, let us call it the working branch. A working branch should normally be based on the branch master so that you can easily work on several other branches during the same period.

Limiting your current working branch to a single issue will also both streamline the code review and reduce the possibility of merge conflicts.

You create a new working branch using the following command git checkout -b <working-branch-name> my/master. You should also track the branch master in your fork, e.g. my/master so that you will better see if the branch is behind or ahead in commits.

This will create a new local working branch in the local repository of ComputerManagementDsc, start tracking your fork’s master branch and then checkout (move) to the new branch.

You can now start making changes in your local branch. You can easily start Visual Studio Code and get it to automatically load the folder by running

When you have made changes you need to commit them to your local branch. Below we show how to commit and push using the command line, but it might be easier to commit (using git) from within Visual Studio Code. How to do that can be seen in this video.

You can see the status of changes with git status. To commit all current changes (all modified files) you use git commit -a -m "<Commit message>".

-a argument tells Git to include all modified files in commit. -m argument specifies the commit message.

To commit all changes with a commit message Fix issue #123, you run the following.

To push one or more commits containing your changes we use git push <remote-name>. So to push the local working branch in your local repository to the fork we do the following.

This will create a new branch in the fork, or update the existing branch if it was created in a previous push.

See the contributing guidelines for more information on how to send in a pull request from a branch in your fork.

Make changes to an existing pull request of yours

There might be a need to update the pull request, for example due to a review comment, CI tests failed, or you realized that you missed something.

Pushing a new commit to your working branch in your fork will automatically update any pull request that is based on that working branch.

Active branch is marked with an asterisk (*). The argument -a tells Git to show both local and remote branches.

To switch to another working branch you use git checkout <branch-name>.

For example to switch to the working branch fix-issue-#123 we do the following.

Once a pull request with your changes have been successfully merged into the upstream repository you can delete the working branch. It is no longer needed at that point, any further work requires a new working branch.